I read The Diving Bell and the Butterfly by Jean-Dominique Bauby in one sitting a few weeks ago, as I was left sitting in the wake of my family leaving town.  After suffering a massive stroke that left him with locked-in syndrome, he could only blink his left eye.  He composed the book in his head and dictated it by blinking his eye, with the help of Claude Mendibil. Of course, much has been said in the history of words about taking goodness for granted, but the way that Bauby approached his memories without being able to do anything physical about them was astounding–and the very existence of this book–of producing a creative work in his condition is the ultimate story of triumph and the power of art.


I’m struggling about responding to this book under the umbrella of not taking life for granted, for that feels so trite.  What saves me from this, I hope, is the depth of pain with which he wrote–this book is no “go get ’em, pursue your dreams, you can accomplish anything” story.  It distills the goodness of human existence while enduring physical impossibilities and deep existential struggle.  No matter how shallow my own wrestling seemed in comparison, this memoir made me want to live actively remembering what is real and good and true–a theme that keeps repeating itself to me in recent months.


Here are three of my favorite excerpts from the book that underline the way that I want to live–and the kinds of things that keep popping up in every meaningful conversation I’ve had in the past month.


Taking joy in and being thankful for small pleasures, rather than constantly looking forward to the next big item or trip that money can buy.
The delectable moment when I sink into the tub is quickly followed by nostalgia for the protracted immersions that were the joy of my previous life.  Armed with a cup of tea or Scotch, a good book or a pile of newspapers, I would soak for hours, maneuvering the taps with my toes.  Rarely do I feel my condition so cruelly as when I am recalling such pleasures.


Feeling deeply and not allowing busyness or struggle to make me feel numb.
I need to feel strongly, to love and to admire, just as desperately as I need to breathe. A letter from a friend, a Balthus painting on a postcard, a page of Saint-Simon, give meaning to the passing hours. But to keep my mind sharp, to avoid descending into resigned indifference, I maintain a level of resentment and anger, neither too much or too little, just as a pressure cooker has a safety valve to keep it from exploding.


Living life with good people.
Other letters simply relate the small events that punctuate the passage of time: roses picked at dusk, the laziness of a rainy Sunday, a child crying himself to sleep. Capturing the moment, these small slices of life, these small gusts of happiness, move me deeply than all the rest.  A couple of lines or eight pages, a Middle Eastern stamp or a suburban postmark…I hoard these letters like treasure.  One day I hope to fasten them end to end in a half-mile streamer, to float in the wind like a banner raised to the glory of friendship.

Let us look for secret things
somewhere in the world,
on the blue shore of silence
or where the storm has passed,
rampaging like a train.
-Pablo Neruda, from “Forget About Me”


It’s funny how life changes affect your ordinary rhythms of life. I started selling my furniture on craigslist in mid February, and since then I have felt like a bit of a nomad. As much as I think I would sometimes like to be a wandering traveler, the truth is that the concept of home is one of my anchors in life: whether it is the house I grew up in and its Bradford Pear trees and hill in the front, or my family’s weekend rituals Saturday eggs and toast and newspaper reading, or my need to have a space carved out in my apartment that reminds me of the things I love and who I am.

It took me a full two years of living in New York City to feel ready to commit to it as home; to stop thinking about where I was going to be the next year and to let some of my newer roots reach out and grasp onto life here.  The trouble is that I’m living in my 5th apartment in New York, my second in Brooklyn.  Each time I’ve moved, I have attempted to make my new space feel like home as quickly as possible, my current studio is no different. Today is the first weekend morning where I have sat down to engage in my old rhythms that make me feel at home: making tea, listening to good music, reading and writing.  It’s funny how it makes me feel like a person again and how these small little things finally make me feel at home.

I wrote about this nearly a month ago: looking forward to when I would be able to start the rhythms that keep me sane anew.  This week I made it to Prospect Park a few times in the evening to “look for the secret things in the world,” as Neruda would say, to find the things that move my heart.   Because sometimes it feels like a storm has passed and nothing of beauty avails, but. When I open my eyes and breathe and look for the secret things, I find them. And breathe deeply. 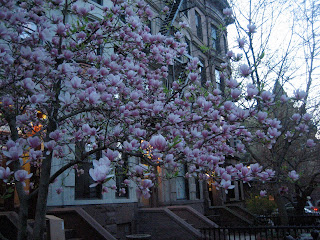 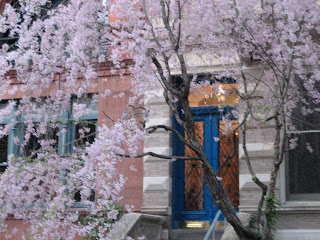 Starting a few months ago, The Help by Kathryn Stockett seemed to be everywhere.  I saw it on book blogs, heard people casually mention it in passing and saw it reviewed in a few magazines.  My mom read it, so I planned on it being my Christmas break read: a hardcover that I wouldn’t have to transport in my suitcase because I’d read the whole thing in Kentucky.  But somehow between the family watching season one of our favorite show, The Closer, and my mom and I basking in both of our weeks off from work by gallavanting around Louisville and the movie theater, I had to haul the book back to New York. Anyway.

The Help chronicles the story of the black housekeepers who worked for white families in Jackson, Mississippi during the most intense times of the Civil Rights movement.  Jackson seemed a world away from the activism that is occurring all over the country, tucked into its own social hierarchies.  One of the main characters nicknamed Skeeter comes from a white family.  Skeeter, now out of college with no husband, feels her singleness as she watches her friends from high school get married, purchase homes and have children.  She struggles as she wants to have these things, but at the same time has aspirations and ideas that surpass her friends’ contentment with where they are in life and the pity they feel for her for not having attained those same things yet.
Through a course of events, Skeeter attempts to put her dream of writing into reality by writing the stories of the black housekeepers in the towns.  Two of those women, Aibileen and Minny, make up the other two narrative voices.  Skeeter’s eyes are opened to the reality and deep seated racism that exists in her hometown, in the homes of her friends, her boyfriend, her parents and herself.  Two big ideas were running through my mind as I read this book.
One, Skeeter’s friends drove me crazy (as I think they were supposed to).  Adult women acting like catty teenagers rallying around the most popular girl is disgusting.  I will never fully understand the spell that happens to girls who desperately want approval from the girl who has proven herself to be the meanest, but also the most powerful.  Watching this in the lives of my students is heartbreaking.  Watching this in the lives of grown women is infuriating.  Skeeter’s best friend from high school is painted as the archenemy, doing whatever it takes to maintain the lines of racism, privilege and power in Jackson.  To go against her is to throw oneself into social isolation.  It was interesting to see how Stockett crafted the development the these female characters.
The part that I enjoyed the most in the story was watching the unlikely friendships form between Skeeter and the women she interviewed in order to write their stories.  Though at first uncomfortable and risky  for all parties involved, evening interviews at Aibileen’s house over coffee and tea was when barriers began to break down.  These women were able to see each other as people with stories and struggle to the point where Skeeter felt more comfortable on “the other side of town” than she did on her own.  I was reading Three Cups of Tea at the same time as The Help and I did not expect them to overlap in this way, though it underlines the fact that taking the time to know people is the best way for healing and peace.  And true friendship.