It seems like every year I have a month where my blog gets away from me.  This year it lasted for two.
August was spent working on another writing project, spending time with some favorites in North Carolina and East Hampton. My family drove in to celebrate my grandpa’s 85th birthday and we got to go to the beach and wander the city.  I got to catch up with some favorite former students who just left for college, five years after I knew them as 7th and 8th graders. September was school starting celebrating the shower and nuptials of a kindred spirit for a few weekends and attempting to get some normal rhythms back in my life.  Now it’s almost October.  Happy fall reading, y’all. May you have many afternoons spent with a hot beverage and a good book. 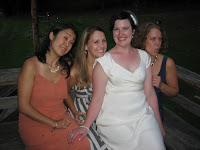 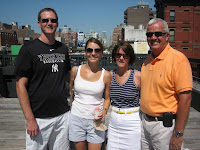 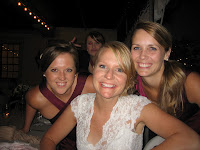 A few of these books I wrote about in July and I’m hoping I’ll write about all of them someday.  I feel like I’m not giving these books their due, but for now, here is this year’s list (and here are the ones from summers past):

A Short History of Women by Kate Walbert

Stone’s Fall by Iain Pears: a fascinating historical fiction mystery with the backdrop of the beginning of world financial markets

Ten Thousand Saints by Eleanor Henderson: a coming of age in the straight edge culture of the Lower East Side of New York City in the 1980s

Broken Colors by Michele Zackheim: the fictional account of an artist dealing with her brokenness across the two world wars into near-present in England, Italy, Paris and the American southwest

Let’s Pretend This Never Happened by Jenny Lawson
The Summer Book by Tove Jansson (as always)
Love and Death by Max Wallace and Ian Halperin: two journalists look into the death of Kurt Cobain. A great read for anyone who misses the 90s or is looking for a reason to revisit Nirvana and Hole.

Broken Harbor by Tana French: her 4th book based on the Dublin Murder Squad. I loved her other books, but this one was a bit disappointing